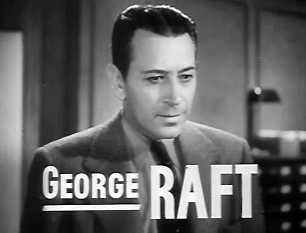 Whenever Fred went to New York he was mistaken for the actor, George Raft. Raft always played the role of a mean, tough, scowling guy, which was just the opposite of Fred. One day he asked me if I thought there was any resemblance to Raft so I told him they had no features alike. I think that was the only time I looked at Fred and told an out-and-out lie because the truth is that they looked very much alike.